Backflow prevention devices operate by allowing water to flow in only one direction. In an unprotected water service connection, potable water can flow both in and out of a building or fixture. When water service is interrupted in the street or in a building for any reason, there is a pressure drop which can draw contaminated water backwards into the water system. For example, cleaning fluids may be drawn back from car washes; stagnant water from fire sprinkler systems may enter the drinking waterline; bacteria and pathogens of all sorts can be siphoned back into the water system from air conditioning cooling towers; and chemicals from medical clinic's X-ray development may flow backwards into the potable water system. To protect water quality, backflow protection is required where the end user poses a risk of polluting the city's water supply.

Air Gap: An air gap is a vertical, physical separation between the end of a water supply outlet and the flood-level rim of a receiving vessel. 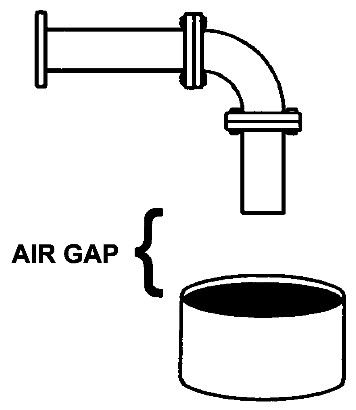 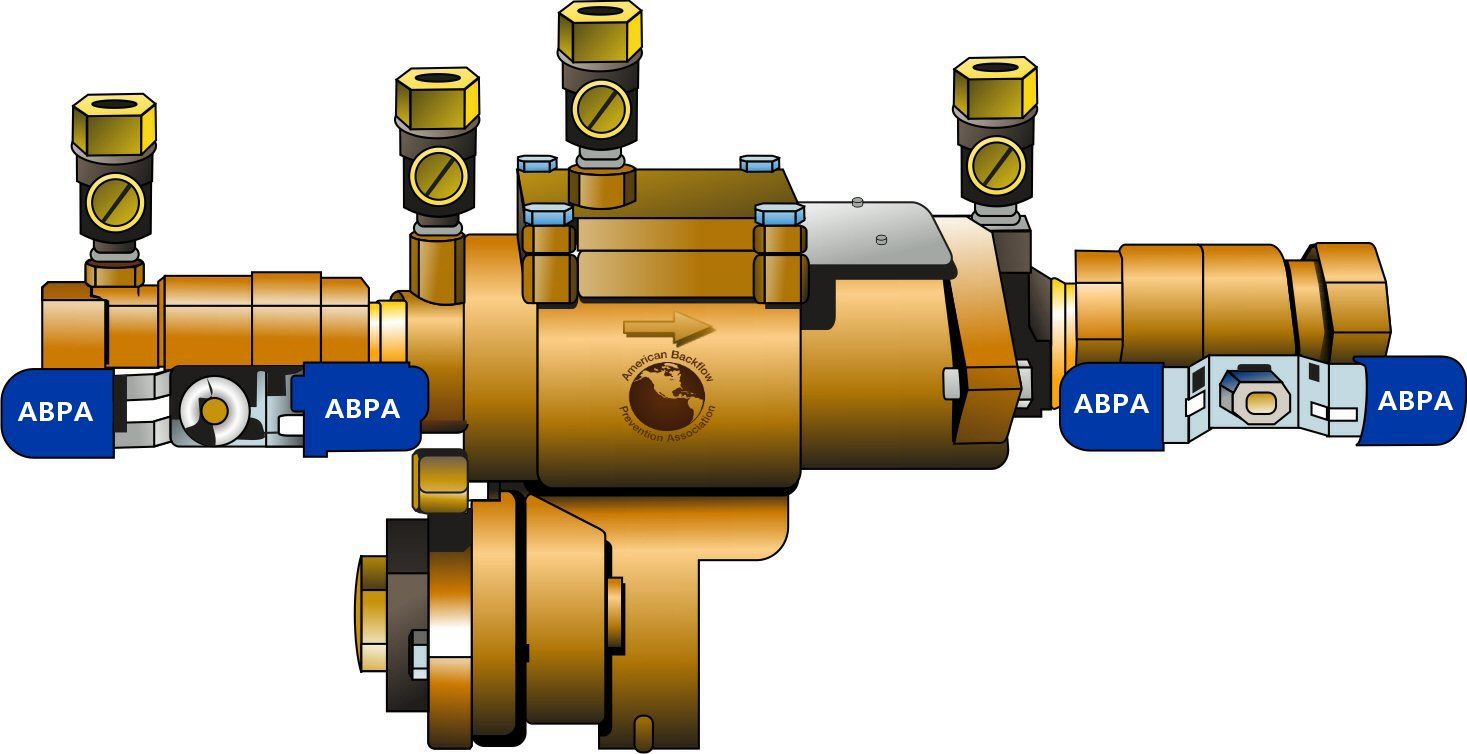 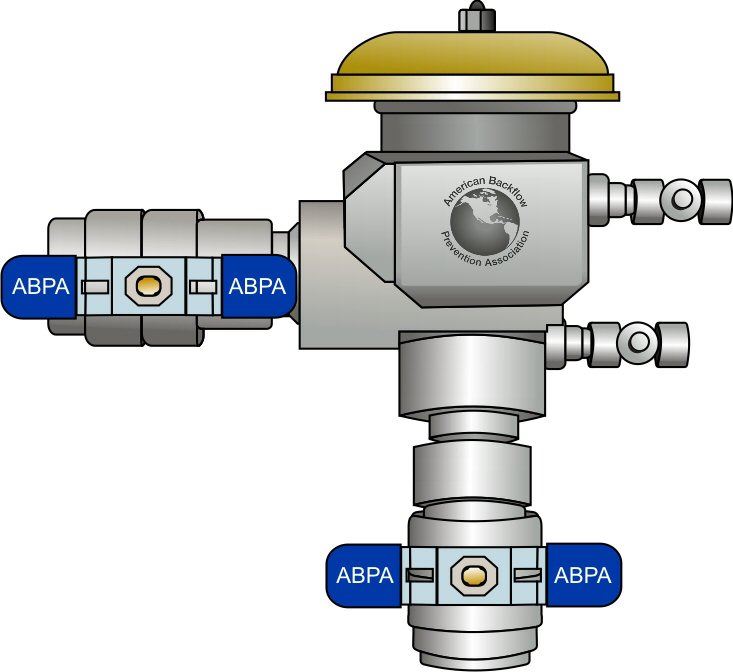